The Heart. 10 HS and the related organs.


10 HS and the related organs. 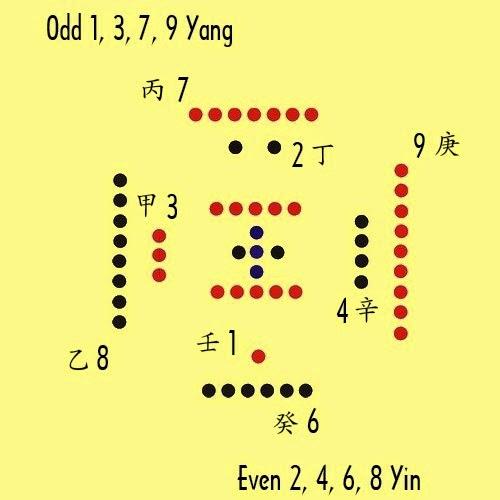 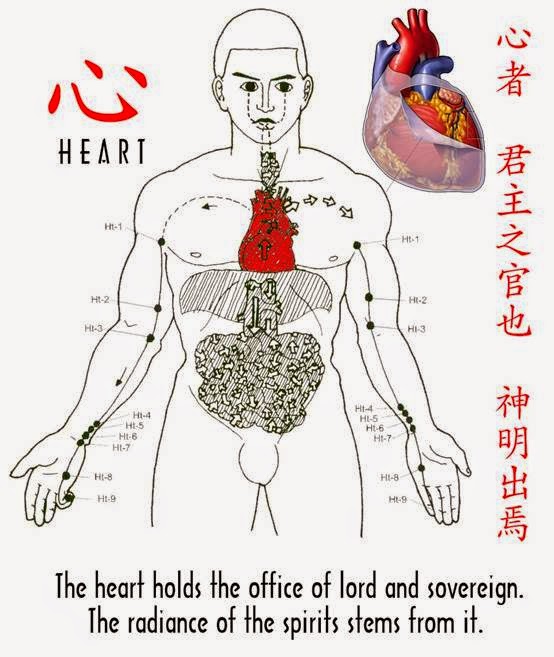 The Heart's associated organ is the Small Intestine; its element is Fire.

The heart is called the 'King' of the organs.  The Internal Medicine Classic states: 'The heart commands all of the organs and viscera, houses the spirit, and controls the emotions.'
In Chinese, the word for 'heart' (hsin) is also used to denote 'mind'.  When the heart is strong and steady, it controls the emotions; when it is weak and wavering, the emotions rebel and prey upon the heart-mind, which then loses its command over the body.
Physiologically, the heart controls the circulation and distribution of blood, and therefore all the other organs depend upon it for sustenance.  Thoughts and emotions influence the function of various organs via pulse and blood pressure, which are controlled by the heart, where emotions arise.  Internally, the heart is functionally associated with the thymus gland, which is located in the same cavity and forms a mainstay of the immune system.  Extreme emotions such as grief and anger have an immediate suppressive effect on the immune system by inhibiting thymus function, a phenomenon that has long been observed but little understood in Western medicine.
Externally, the heart is related to the tongue, to which it is connected by the heart muscle.  The color and texture of the tongue thus reflect the condition of the heart.  Speech impediments such as stuttering and mutism are often caused by dysfunction or imbalance in heart energy.  Facial complexion, which is a direct reflection of blood circulation, is also a major external indicator of heart function.  Fire energy makes the heart the dominant organ of summer, during which season the heart must increase circulation to the surface in order to dissipate excess body heat.

THE SECRET TREATISE OF THE SPIRITUAL ORCHID

The heart is the emperor of the body.
It is the centre of the kingdom and represents the one with the authority to issue commands.
君 主
The two characters represent the two functions and aspect of the heart.
The jun (君) as the emperor and the zhu (主) as the authority in action.
The two characters together represent the heart governor. (The heart at work, acting as master, regulating the circulation and animation of life. “THE SECRET TREATISE OF THE SPIRITUAL ORCHID”)

The heart is the supreme commander or the monarch of the human body, it dominates the spirit, ideology and thought of man.

凡此十二官者,  不得相失也。
The above twelve viscera must be coordinating and supplementing to each other.

主明
Clear/bright
故主明则下安, 以此养生则寿,  殁世不殆,  以为天下则大昌。
When the emperor is clear/bright, all will be well, the body will be healthy and the people will live a long life, there will be no danger and the world will be at peace.
(The heart being the emperor who governs all the other organs.)
主不明则十二官危,  使道闭塞而不通,  形乃大伤,  以此养生则映,  以为天下者,  其 宗大危,
When the emperor is not clear/bright the 2 organs will be in danger, the passages will be blocked and the body will be harmed affecting the health and the length of life. The world will be in turmoil and everything will be out of order.
戒之戒之！
Everyone should take heed.

As the heart is the monarch in the organs, it dominates the functions of the various viscera, so when the function of heart is strong and healthy, under its unified leadership, all the functions of the various viscera will be normal, the body will be healthy and the man will live a long life, and in his life long days, no serious disease would occur.
It is just like the condition in a country, when the monarch is wise and able and all the work in various departments are in concert, the country will be prosperous and powerful, but when the monarch is thickheaded, that is, when the function of the heart is incapable, the mutual relations between the viscera in the body will be damaged, the body will suffer great injury to affect one's health and the length of life. In a country, the political power will be unstable and everything in the country will be out of order. It is advisable for one to pay attention to it greatly. No.2 Ding Fire which represents happiness.
識神至靈, 其性贪, 感则生乐
Knowledge in charge of spirit/soul, its nature is greed, affects the emotion of happiness.
Ding fire is the late heaven representation of fire.
Its nature is seeking knowledge. From this character, greed is developed. Once greed is part of the nature, it will affect the happiness of a person.
The natural characteristic of the heart is open minded, looking forward and being progressive. Once a person develops a greedy nature, happiness will be affected and is the source of hatred/revenge. Hatred and revenge is developed from the inner heart.
The manifestation of the Qi will be from the inside to the outside.
The Qi will gather and accumulate over time.
Irregular heartbeat, painful points in the body, especially along the heart meridian is a symptom of the manifestation of this Qi.
The heart being the controller of all the other organs will affect the workings of all the other organs.
The manifestations of this symptom will be heart attacks and other heart problems.

"When one is excessively joyful, the spirit scatters and can no longer be stored," states the Lingshu (The Vital Axis).
However, in TCM, joy refers to a states of agitation or overexcitement, rather than the more passive notion of deep contentment. The organ most affected is the heart.
Over-stimulation can lead to problems of heart fire connected with such symptoms as feelings of agitation, insomnia and palpitations. 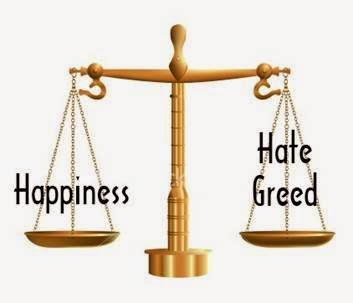 The 5 Yang HS represent the 5 natural goodness of the inner soul. The early heaven manifestation before being corrupted by the 5 late heaven behaviors.
仁、义、礼、智、信、
Benevolent, righteousness, propriety, wisdom, belief/trustworthiness.
五常
The five natural state of mind, attitude and behavior which is also referred to as 5 Te 五德 or 5 Yuan 五元.
The cure for Ding fire “greed” is Ren water “wisdom”.
Ding and Ren is a Liu He combination which transform into wood “compassion”.
Ding “happiness” combining with Ren “wisdom” transforming into wood “compassion” removing “greed” as a behavior.
The person who has “wisdom” will understand that everything materialistic related to greed is not important. A person with “happiness” and “wisdom” will be “compassionate” to all living beings.

No 1= Ren 壬 water and also the original essence 元精.
水主智.
Water represent wisdom,.
“智”：知者、明智、智慧、机智。
"Wisdom": Those who know, wise, wisdom, wit.
“智”通“知”。中国古代思想家赋予“智”以丰富的道德内涵。
"Wisdom" through "knowledge." The ancient Chinese philosopher bestow on “wisdom” the rich meaning of virtue.
“智”在知道遵道。
"Wisdom" for those who understand the Tao of obedience.
学而致知，不知不觉，智而不奸。
With learning becoming aware, unconsciously, with wisdom becomes civilized.
“仁、义、礼、信”是为人处事的基本原则，
"Benevolence, righteousness, propriety, belief" is the basic principle of dealing with others;
而要将这一切联系起来就需要“智”贯穿其中，
To connect everything together will require “wisdom”;
否则即使有“仁、义、礼、信”加持于身，
If not even with "benevolence, righteousness, propriety /etiquette, trustworthiness" to support,
也都不可能通达无碍。
Also not possible to achieve. 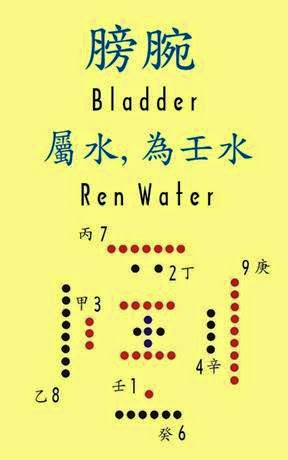 The bladder takes the office of gathering, it stores the water and fluid, after the body fluid is transformed into water by the activating of vital energy, it can be excreted. 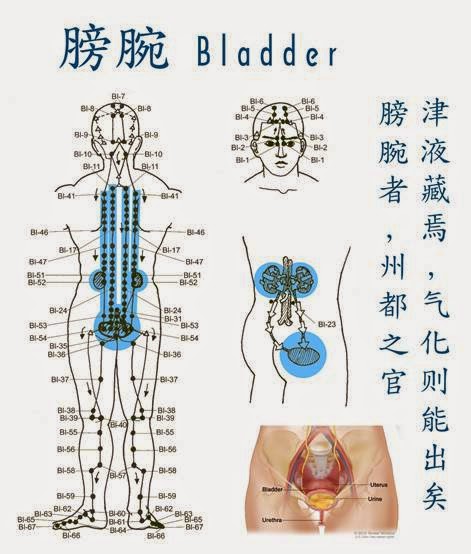 THE SECRET TREATISE OF THE SPIRITUAL ORCHID

The bladder, the ministry of transportation (clearly separating fluid and solid), where the fluid are concealed, transforming the Qi for it be to used.
州都之官
Zhou 州 - When water is clearly separated from the ground or when in a river there are small,  neatly separated islets, then the population may live from tilling the fields and they have the means of travel from one city to another on boats. The implication is that in the empire or in our own bodies it is very important to be sure that water stays in its place and is clearly separated from firm ground.
Comment: Describing the separation of fluid and solid.
Du 都- A capital, a centre.
Zhou Du 州都 - together seems to describe the spinal cord where bone marrow (fluid) is clearly separated from the bone and is transported upward to the brain.
津液藏焉
Bodily fluid concealed.
气化.
Tranformation of Qi from the 元精 Yuan Qi the original essence.
则能出矣
For the Qi to be used. (to go out)
Comment: Transforming the original essence from the 丹田 Dantian (the lower brain or the second brain) and transporting the Qi to the brain through the 骨髓
bone marrow and supported by the Bladder Meridian which runs parallel to the spinal cord to the head. 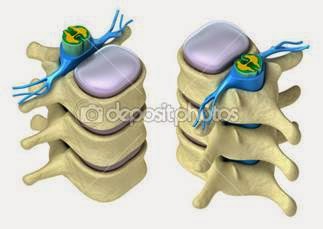 Yang Jwing Ming explaining how the Dan Tian as the second brain can provide nourishment (Qi) to the brain above.
http://www.youtube.com/watch?v=kcq8dMD744I&feature=youtu.be

The natural state of the heart is upward and open hearted. (Giving)
The unnatural state of the heart is hatred and revenge which is a sickness. The state of hatred/revenge will cause harm to the heart and its related parts.
An example where a patient who has heart problem because he was cheated of 200,000 by someone. After he was cheated he was really angry and developed an intense hatred for the one who cheated him. As a result developed the sickness inside himself. The patient told the doctor the source/reason for the sickness. The doctor told the patient that in his body there are lots of points which are painful. Explaining that when the inner organs are not functioning smoothly, it will manifest in the external channels, the meridian. The pain that he has is along the heart meridian. As long as one rub against those points along the meridian, one will be able to get instant relief. Explaining that TCM can be quite fast in fixing a problem. After the doctor gave the man massages along the heart meridian, the man was able to sleep very well at night.
The doctor explained to the man that it is not because the meridian is blocked which cause his problem but the most important point is his hatred for the person who cheated him. The doctor said it is not just the 200,000 that he lost but he also lost his health as a result. After that incident, created the sickness inside himself. The doctor advised that if he can change his attitude the body will recover by itself. So the medicine that the doctor gave to the man is to rub the points along the heart meridian and also to change his attitude.

Posted by BaziFengshui at 11:46 PM No comments: